AFRO SUPA HERO at the V&A Museum of Childhood

It was a real pleasure to attend last night’s AFRO SUPA HERO LIVE at the V&A's Museum of Childhood. I went expecting to see some comics with a few blacks in them and the chance to talk to some people as to why there were not more. I was pleasantly surprised by the out come.

Not only was this one of the best-designed and curated exhibition I’ve attended for some time but also I met some very interesting and engaged people as well I had a fun time reflecting on the black presence in comics. 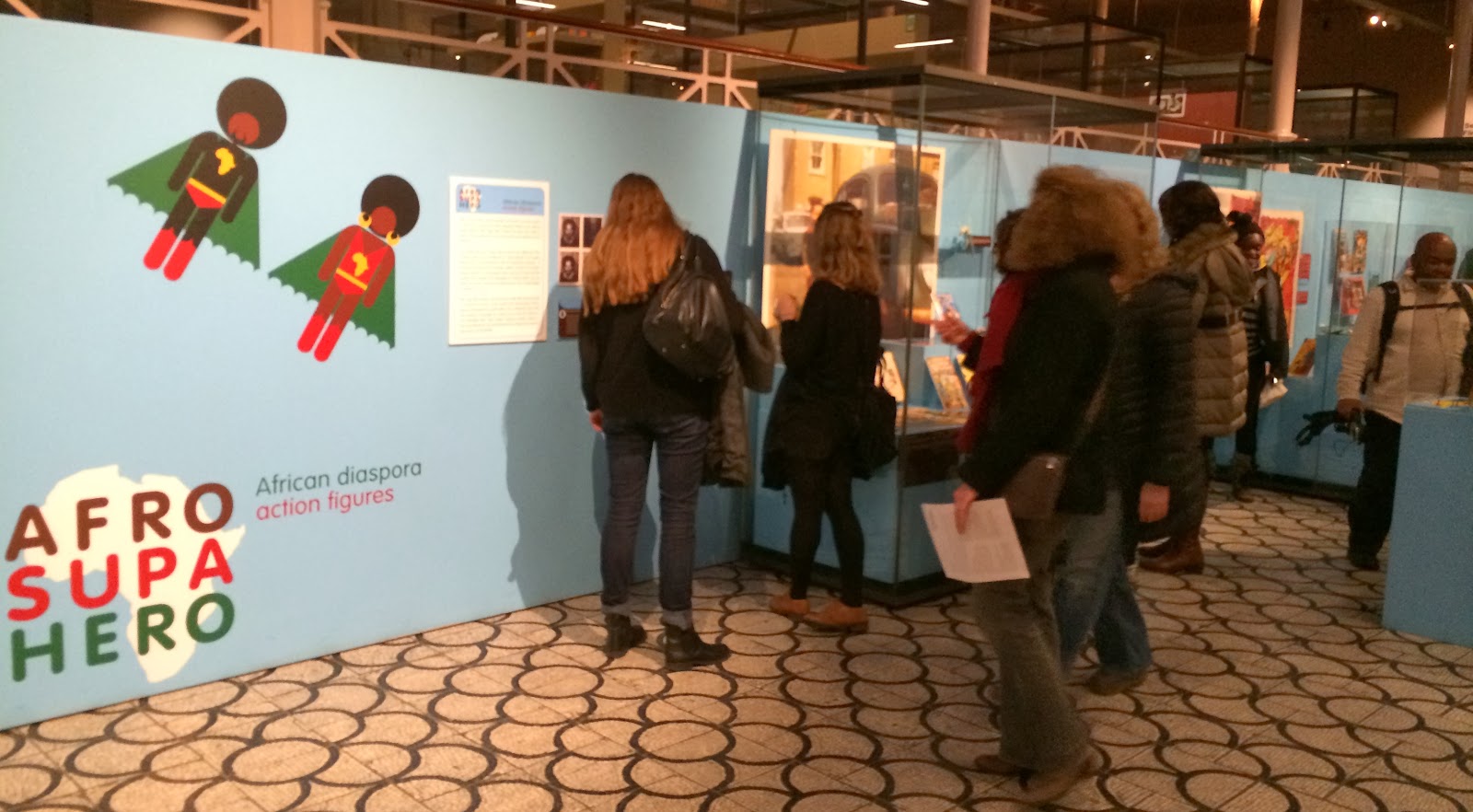 The exhibition was in a small space – maybe 15 by 4 m –  but it was packed with visual and  historical delights all contained within a coherent design scheme. It was the design that really struck me, the two flying super hero icons against a sky blue colour scheme on which they fly is used to unite the entire scheme.  This coherency owes much to the fact this is one man’s vsison. As I would like to believe the V&A were brave enough to have given a completely  free hand to Joe Daniels, a free lance graphic designer with an impressive professional CV whose collection makes up the  AFRO SUPA HERO exhibition.

The V&A's Museum of Childhood seem to have allowed him his way,  not only as the curator of AFRO SUPA HERO but also its designer. How else could such a wonderfully coherent show have resulted? A powerful combination of a collector designing and curating an exhibition of his work – a labour of love – the result is there to see. 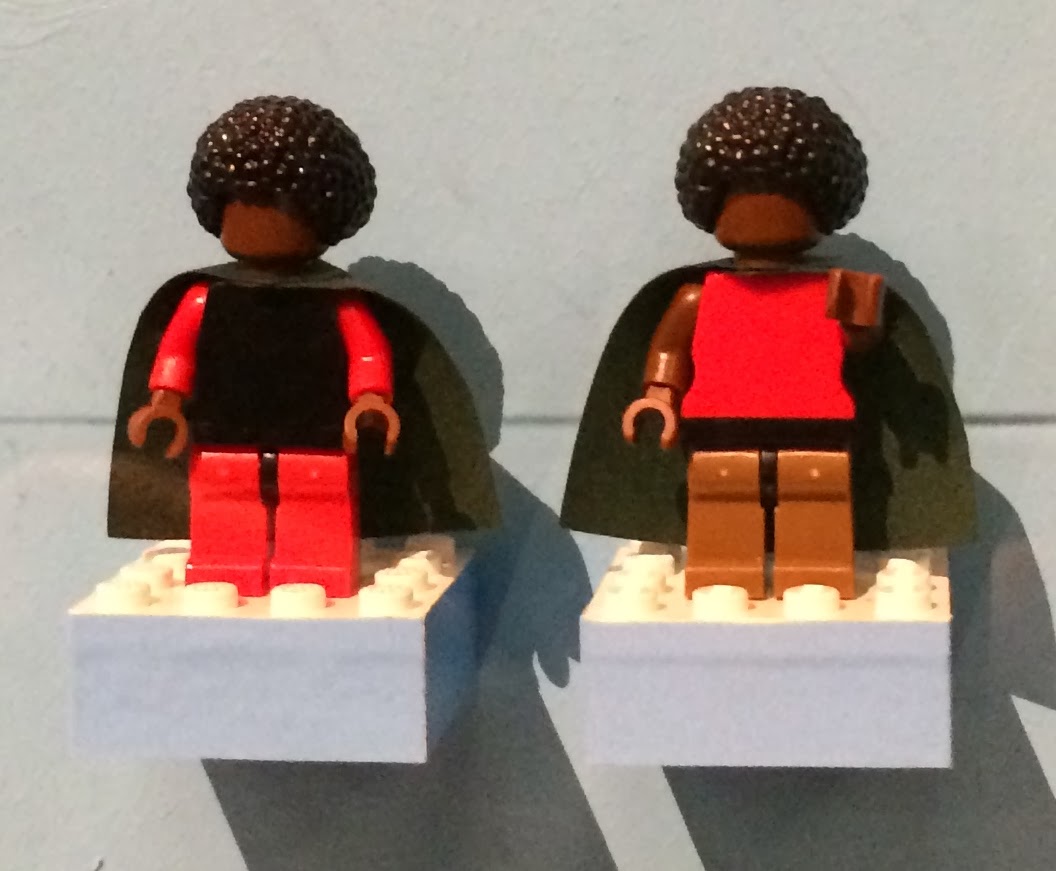 The AFRO SUPA HERO TWINS design seems to have been influenced by Lego , there’s a very entraining video explaining how they were put together. I was intrigued to discover one is a boy the other a girl. Can you spot the difference? If not the video explains the difference. 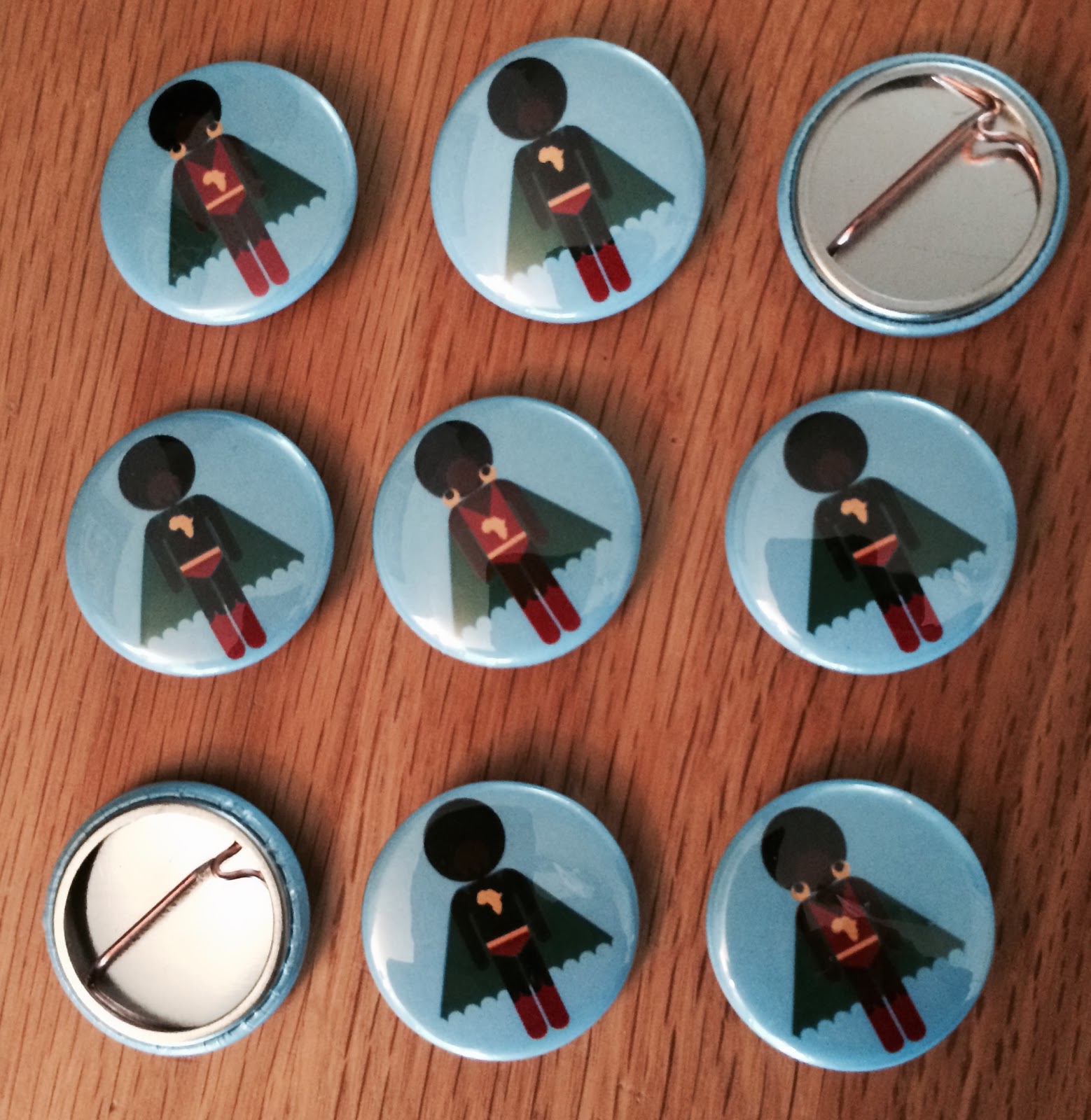 AFRO SUPA HERO had three-standout exhibits for me: 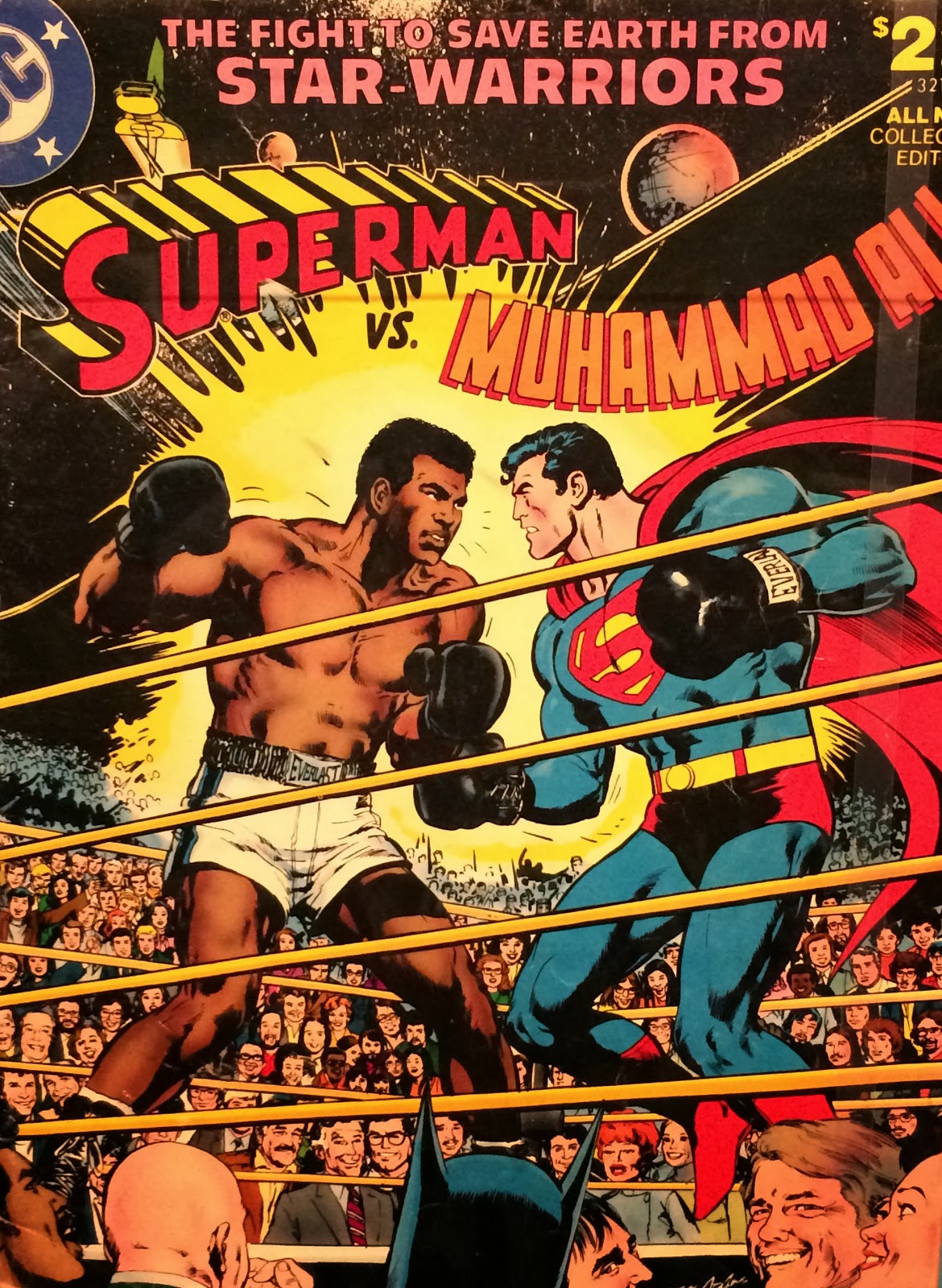 The cover is spectacular and its story is something else, if you want to know more check out this piece from the LA Times. And yes, that is Jimmy Carter, Batman and Telly Selvalas on the cover to find out why see the LA Times article which includes the full cover there you can even see the Jackson 5in the audience! 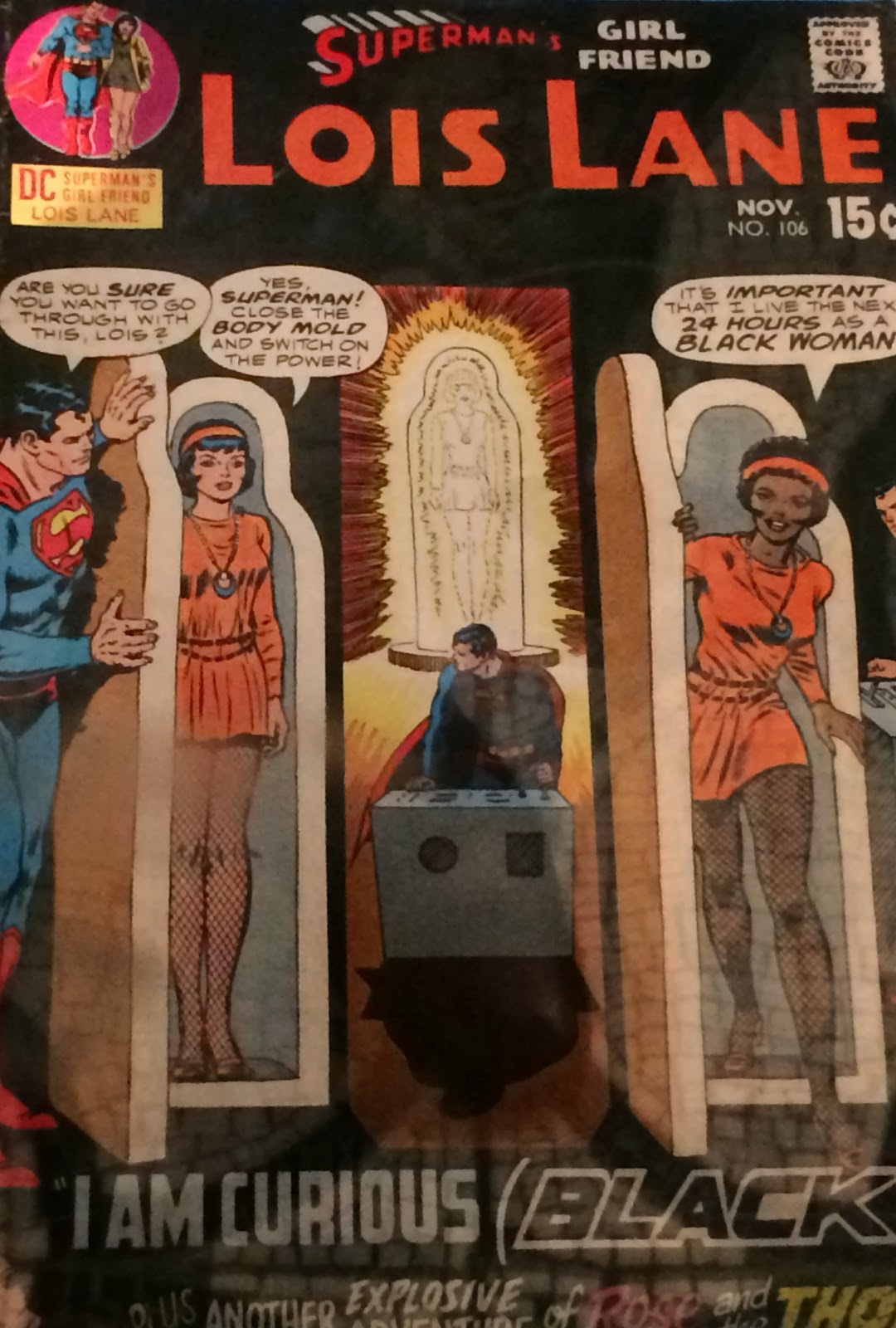 A very eye catching cover to an improbable but very well meaning plot, you can read the whole issue here. 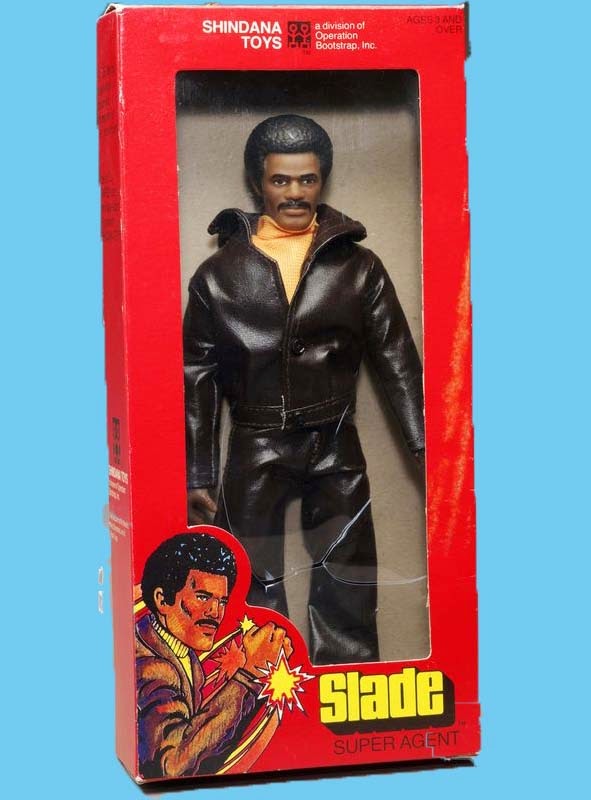 Slade Super Agent was modeled  on detective John Shaft  from the 1971 film Shaft, played by Richard Roundtree with its unforgettable sound track by the late , great Isaac Hayes

I grew up reading comics in the sixties with main stream American comics - Dell and Marvel. Dell Comics had Superman ,Batman, Flash, Green Lantern et al while Marvel had Spiderman, The X-Men, Fantastic Four, Capt America. Marvel Comic heroes were on the whole grittier, more human, than the holier-than –thou squeaky clean middle- America Dell heroes. Neither however had any black super heroes. 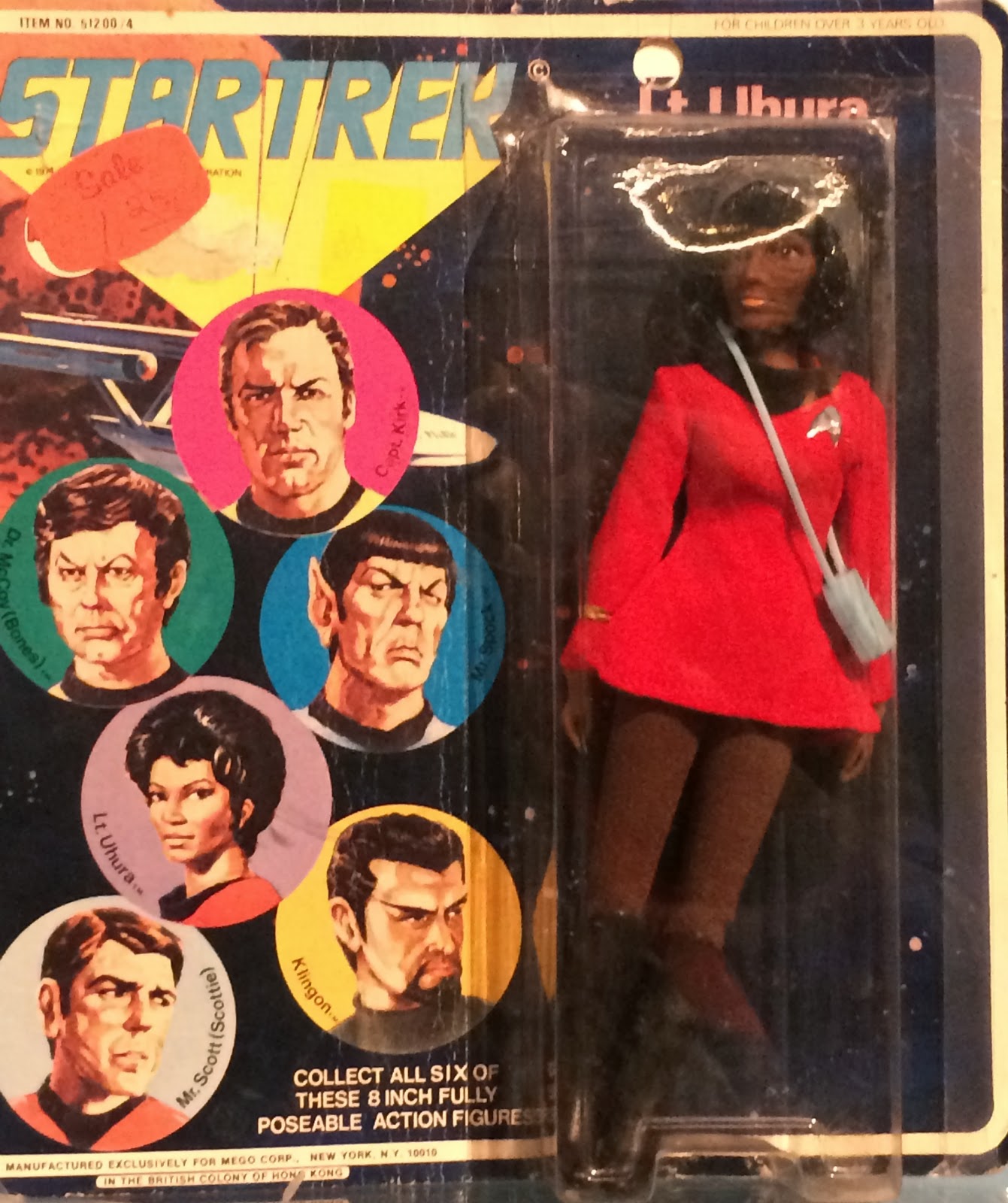 The appearance of the black super hero in the early seventies is made manifest in AFRO SUPA HERO with Lieutenant Uhura from Star Trek, Black Panther from Marvel’s Jungle comics and others. 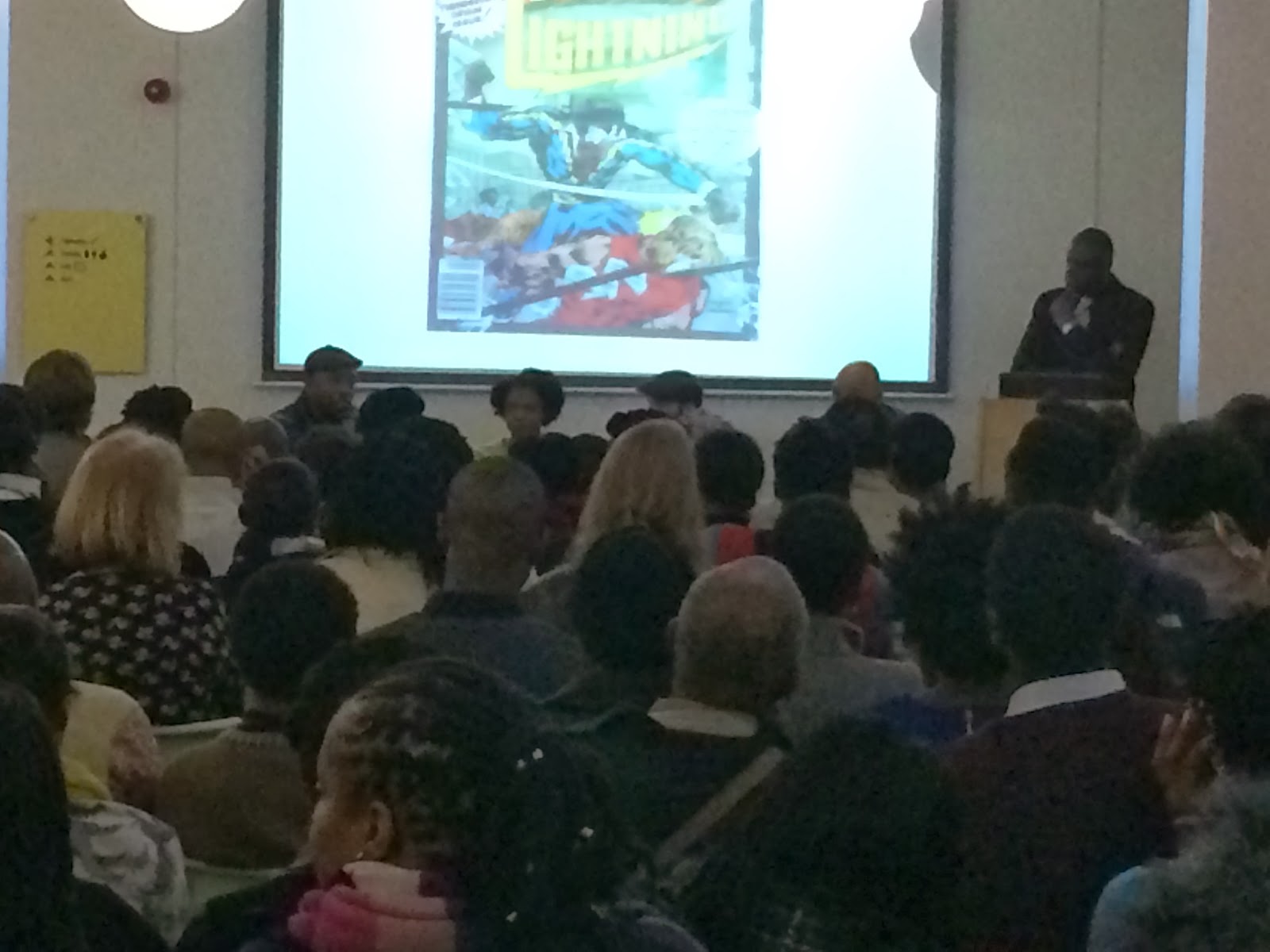 I had the chance to meet some old friends and make some new ones as I attended a packed panel session devoted to The Black Image in the World of Comics. There was much discussion about the independent comic producer. With the Internet there is no need to wait for publication - you can do it now! The panelists  from Kromatron Comics were very encouraging – urging the audience to start now!  While Jon Daniels  - another panelist – explained how he has a greater vision for his AFRO SUPA HEROES TWINS beyond this exhibition. I very much look forward to seeing how his and Kromatron's vision develops.

I have one small gripe with AFRO SUPA HERO - there was no catalogue. Once closed the exhibition will sadly leave no written document or commentary to describes  its presence and purpose - an opportunity missed. I would encourage Jon Daniels to redress this omission maybe in crowd source like Kramatron did for AFROELLA

And lastly the fun, we arrived late so sadly missed the Soul Train Line we did however have the chance to get AFRO'd!!