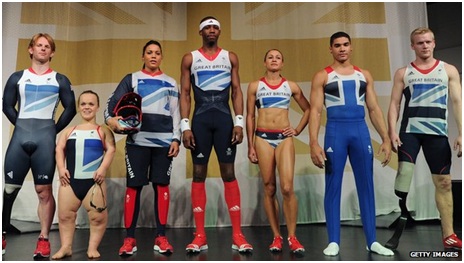 Stella McCartney’s Team GB’s kit for the Olympics 2012 is my first chance to combine my interest in contemporary art and my Games Maker role in London.  I believe she has made masterful use of colour  and design to create not just specific and highly functional items of sportswear but an iconic, individual look and feel to for Team GB.

Her use of colour has come under attack as many argue there is not enough red attracting headlines such as the Guardian’s  22 March 2012 on the Internet Absence of red in outfits criticised by sports psychologist. Stella responded to this populist disapproval with a defiant tweet “The design actually uses more red & shows more flag than any Team GB kit since '84.”

I would argue her use of colour is brilliant and subtle taking full advantage of the eye’s physiological responses to a trick of perspective known and used by artist for centuries: the lighter the blue hue the more distant an object appears behind the picture plane while the colour red creates the opposite effect  as red objects appear to come out of the picture plane when set against an apparently distant blue object: the picture below demonstrates this visual effect. 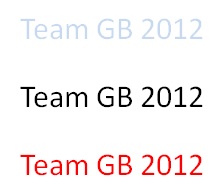 Leonardo used the effect in The Mona Lisa (1504)  where the distance rocks in the background behind the Madonna’s head are  painted in the palest of blues.  George Stubbs used the same effect in his painting William Anderson with Two Saddled Horses, 1793 the rider’s distinctive red frock coat makes him and his horse appear to be closer to the viewer than the riderless horse despite the reverse to be true on closer inspection. With the picture being given added depth by the persepcively distant mountains are in light blue. 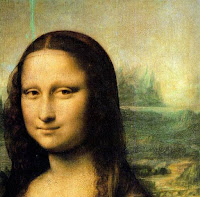 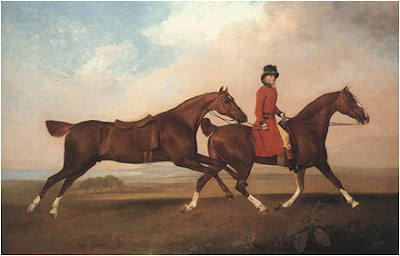 Stella’s use of red and blue has exactly those visual affects seen in the Leonardo and the Stubbs: reds advancing  effect is the first thing one seems to see when set against the kit’s dark and light blues . So the red of the Union jack is there it just does not appear to dominate the kit but it is the very first thing you see when you look at the kit – look again at the photo shoot picture. 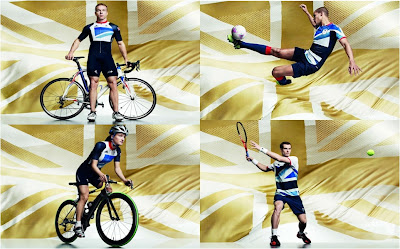 Stella’s design reduces the red, white and blue of the  Union Jack to a monochrome design with different tones replacing the flags iconic colours. In doing so she creates a whole new palette of design elements taken from – a gold flag, a red flag, a blue flag - as exemplified by the background to the press release images.

She creatively takes these monochrome design fragments of the Union Jack – light and dark blue triangles and rectangles supported by even darker blue  rectangles. Collectively these fragments create the effect of being wrapped in the Union Jack as seen in the BMX star Shanaze Reade’s kit.

To conclude, Stella uses the iconic elements of the Union Jack   – its colours and its shapes -  to create a wonderfully diverse range of kits for the 38 Olympic and 22 Paralympic sports; maintaining each sport’s individuality  yet uniting the Team collectively under the Union Jack in a dramatic, eye-catching  twenty-first century look and feel, she is to be congratulated not castigated. It takes a step on the road to to the super human performances needed to win gold! 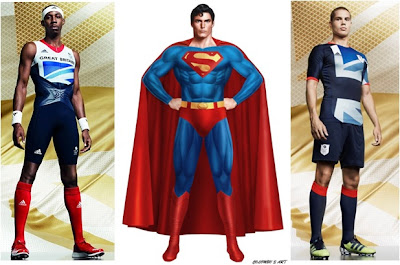